This is part one of two

So Air New Zealand is a airline that people don’t really talk about. They do all kinds of flights. They have very short hops between towns along with very not short hops across the Pacific ocean. We have flown them a few times on short flights.

I honestly had enough legroom when we flew on their A320’s. There was also enough space under the seat in front of me for my relatively large carry on. Air New Zealand does operate some smaller turboprops but we have not flown on them.

Air New Zealand honestly has some good landings for the type of airports they fly into. The one thing that wasn’t smooth was the approaches through mountains but there is really nothing they can do about it

Coming Up In Part 2

At the time of me writing this we have only flown on Air New Zealand and short haul flights the A320. We will soon fly on a approximately 16 hour flight on what is scheduled to be a Boeing 787 Dreamliner which I am looking forward to. 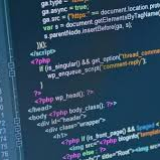 Good calls. Flying approaches near mountains is a “cultural experience,” and those pilots are good at it. It’s not easy…. Stay safe!

Sounds like you have piloting in your future! Do you have a flight simulator that you use?

Yes, in fact, I have two: Microsoft Flight Simulator X which was made in 2006 and is what I use most of the time for some reason. And X-Plane 11 which was released in 2016 and is a lot more realistic but doesn’t run as well on my computer. I am also hoping to get Microsoft Flight Simulator: 2020 when it releases which is very realistic and kinda mind-blowing. You can view the trailer for it here: https://www.youtube.com/watch?v=BTETsm79D3A (yes everything you see is recorded from the simulator)